Getting to Know Venerable Fulton Sheen

Archbishop Fulton Sheen, soon to be canonized, was one of television’s biggest stars in the 1950s and 1960s.  He visited St. Luke Parish on a frequent basis, based on his long friendship with St. Luke Pastor Msgr. Charles McBride, who reportedly had worked with Sheen in his broadcasting in New York. 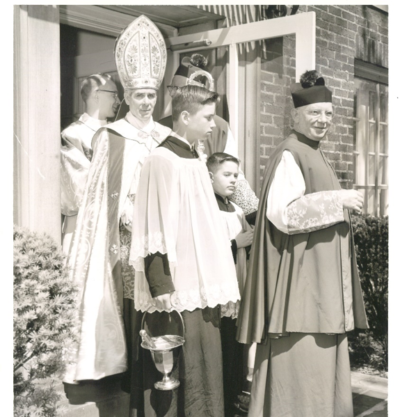 St.Luke Parish was a regular stop among the many travels of Archbishop Fulton Sheen, one of media’s biggest names in radio and in the early days of television.

He was consecrated a bishop on June 11, 1951. In the Fall of that year, he began his famous television series, Life is Worth Living. It was a tremendous success, eventually reaching an estimated 30 million viewers each week, which would make it the most widely-viewed religious series in the history of television. He won an Emmy Award for Most Outstanding Television Personality, was featured on the cover of Time Magazine, and became one of the most influential Catholics of the 20th century.

From Sheen Biography at  fulton-sheen.catholic.edu/bio/index.html

Sheen, a theology professor, offered extremely learned talks that were matched by a captivating , approachable presentation.  His words still bring eternal clarity to our world today.

Readily available on youtube and other sources.  Or see fultonsheen.com

Fulton Sheen wrote over 65 books, several of which remain in print.  This book of his wisdom remains  very popular:

“Far better it is for you to say: “I am a sinner,” than to say: “I have no need of religion.” The empty can be filled, but the self-intoxicated have no room for God.”
― Fulton J. Sheen, Seven Words of Jesus and Mary: Lessons from Cana and Calvary

“Hearing nuns’ confessions is like being stoned to death with popcorn.”
― Fulton J. Sheen

A few of more than 500 quotes listed at Goodreads: www.goodreads.com/author/quotes/2412.Fulton_J_Sheen

Photos of Bishop Sheen at St. Luke Parish from the parish archives on the occasion of the dedication of the new junior high addition, the gymnasium and McBride Hall: 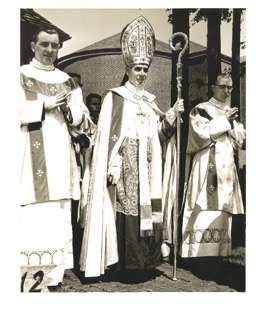 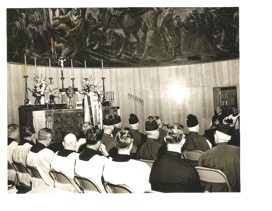 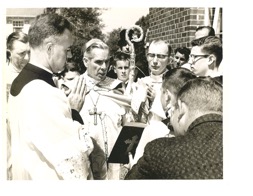